We recently interviewed Abhir Abhyankar, Data Analytics Manager at the National Audit Office on his thoughts and experience on diversity in tech. 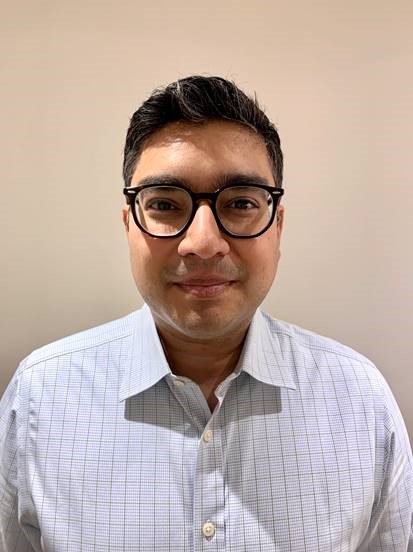 1. What does your job role involve?

I manage a team of developers creating innovative applications aligned with the NAO’s Financial Audit Practice.  Specifically, my role involves horizon scanning as well as research and development all aimed at the next generation of audit tools and analytics. I also define training in data and analytics for existing, new and future colleagues.

2. What made you choose a career in technology?

I’ve always been interested in technology, including some programming in BASIC on the BBC microcomputer in primary school.  I then studied engineering at Imperial College in London and focussed on technology such as human computer interfaces and ubiquitous computing. This was during the early days of the internet, and what were then largely sci-fi concepts, are now everyday objects. I became interested in using data and analytics as I understood this would be the foundation of how technology can improve aspects of our lives.

3. Did you study an IT or technology related subject at A-Level or University?

I studied Physics, Mathematics and Chemistry amongst others at school and then Electrical and Electronic Engineering at University.  I also studied photography, experimented with pottery, and played squash competitively as I valued the skills that creative outlets also bring to a job in technology.

4. Did you get any work experience in IT or technology before this role?

I’ve worked in technology for my entire career.  I did some web-design in the summer before University started which was informally arranged.  I think it’s important to understand as much as possible about an industry you are interested in and gain some understanding of a workplace environment.   Formal internships and placements are two examples of a good way to gain such experience.

5. Do you think there is a lack of diversity in the IT and tech sector?

In my experience, IT teams tend to be quite diverse and intelligent groups. Talent can come from any background and your work is what will differentiate you from your colleagues. I have seen people from all sorts of backgrounds be successful in IT and it is an interesting and rewarding career for anyone to choose.

6. What do you think the main issue is with the lack of diversity?

The Equality Act 2010 refers to nine protected characteristics, which includes age, race, gender and sexual orientation amongst others. A diverse workplace to me is one which encompasses all these characteristics and more. It is one which also considers the issues which arise from the intersection of these characteristics. Frankly, I do not see enough BAME people, women, and indeed BAME women in senior leadership positions.  More needs to be done at every avenue and opportunity to normalise these aspirations for leadership in technology careers for all types of people.

7. Do you feel there are any barriers getting into technology?

It is important for organisations to acknowledge there can be some barriers to a career in technology.  Once the barriers are understood by organisations, they must be broken down to enable an inclusive and diverse workplace.  With access to the internet, there are many educational resources available to kickstart a career in technology. For example, Google recently announced a low cost, flexible training course that it will consider to be equivalent to a traditional degree for some of its roles. This extends the opportunity of higher education to some of those who may not have been able to otherwise undertake it. This is unprecedented so things are really changing fast in this space.