The truth about ageism in tech 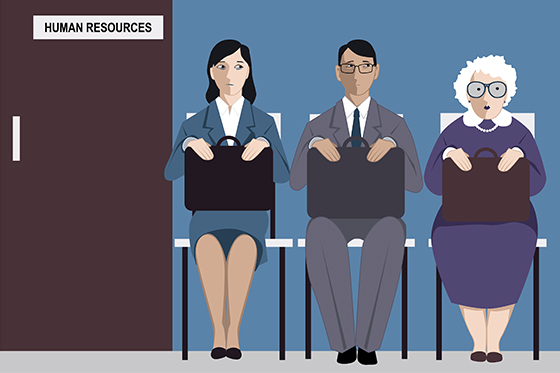 It’s no secret that the technology industry is struggling with diversity. Even those who have adopted diversity initiatives often overlook certain characteristics such as age. Employers who discriminate against older workers, face the risk of violating the Employment Act which covers age discrimination and protects workers over the age of 40. But despite the law, workers are still facing age discrimination. Ageism in tech is often unchallenged due to the stereotypes of older workers not being tech savvy, which is considered acceptable, but this isn’t the case as some older workers have more experience in the industry and can be of more value than some graduates.

According to a new study, millennials in tech companies receive a high proportion of promotions, despite older workers strong performance records. According to Visier Insights Database, the frequency of promotions in tech declines rapidly after the age of 36, causing ageism in tech. The report also stated that the average age for tech workers is 38 compared to 43 for non tech workers and 42 is the average age for tech managers compared to 47 for non tech managers.

Below is more information about ageism in tech and ways companies can avoid age discrimination in their organisations.

Technology is future focused and as it evolves and changes, the drive for innovation keeps everyone looking into the future. With everyone constantly looking to the future, looking backs seems dismissed. Some employers relate this with experience, as experience looks back. Therefore, years of experience in the technology industry isn’t always seen to be as valuable as it is for other industries. Employers sometimes assume that experience shows stagnated skillsets and outdated expectations.

As the millennials are often referred to as the future, the stereotype of an older tech illiterate person becomes stronger. It has been assumed that just because someone is older, they can’t possibly learn new technology and programmes. Programmers must be constantly learning as skills can quickly become outdated or dismissed. The pace of tech is relentless, and this can sometimes be a problem for older developers and programmers as they may have become complacent. These are contributing factors that support ageism in tech.

However, older people are generally more patient and diligent and know how to manage their emotions and time. It is likely that you will find these traits in someone who is younger, but you will see a higher percentage of these traits in people aged over 40. Older people can also be better communicators and are more self-aware and these are skills that are essential in the technology industry. People who have had experience in the technology industry also make them more suited to senior roles, rather than a fresh-faced programmer, as they will likely have experience in more than just technology.

How to avoid ageism

To prevent ageism in tech, you should start by reviewing your company culture to ensure that it accommodates people of all ages. It is often that the hiring manager will hire people similar to themselves and not notice their implicit bias. This is problematic as it soon will become clear that people aren’t being hired based on their qualifications but how well they would fit in with the company. There is a large difference between basing a decision on facts and basing it on assumptions.

The language you use within job descriptions can be known to discriminate against genders but is also the case against age. Using words that help to describe the job rather than the person needed for the role can help to combat ageism in tech. Along with changing the job description, it is also beneficial to carefully design the job application process to avoid ageism in tech. Instead of asking generic questions about previous grades, why not asking questions which are more suitable for the job role, like ‘Can you use this software programme?’ or ‘Do you have 5 years’ experience in this field?’. It must be ensured that every candidate is asked the same questions during the interview process to make it fair too. You can also use a hiring criteria to follow as to how decisions are made and follow procedures when it comes to background screenings to help avoid ageism in tech.

Along with training it is also useful to be up to date with benefits that older people will use for example the rules of retirement. As the age of retirement grows, some people do not want to retire early and are still perfectly capable of completing work to a high standard. Typically, you cannot force an employee to retire, so stay clear from asking questions around when they’re planning on retiring.

Find out more about unconscious bias in the technology industry and ways to improve your diversity hiring process.