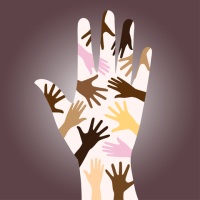 Technology is too embedded in our everyday lives to leave out so many people when it comes to creating all things that are digital. Our future is becoming technology-driven and therefore it is crucial that everyone is a part of the stimulating work that will enable this growth. It is already known that having a racially diverse tech sector could translate into stronger financial performance for businesses. Companies who reflect racial diversity in tech could generate more money just through increasing their diverse talent pool.

However, companies’ efforts to address the lack of racial diversity in tech have not resulted in real change. Since businesses have had to release gender pay gap reports, it has become apparent that they have racial diversity issues that need to be tackled also. If the tech industry changed its hiring process and promotion practices, then not only will this benefit their company, but their entire economy. Racial diversity in tech is about distributing power and resources fairly and is something tech companies need to consider if they wish to succeed in the growth of technology.

There is no quick fix for this issue, but companies should stop talking about the diversity initiative they will put in place and start doing. After briefly underlining the benefits that tech companies could gain if they were to fix racial diversity in tech, some may ask why is there such a lack?

People of colour are largely excluded from leadership positions in tech and it is evident that the power comes from those who are white. To be exact, 83% of white people are represented at executive positions and more than 15% higher than what they’re represented at in the category of professionals. According to the Equal Employment Opportunity Commission, white males were represented higher in roles such as computer programming. Whereas, groups like Asians, Hispanics and women were represented at a lower rate in the executive category.

According to a recent report by the UK Commission for Employment and Skills, 1 in 5 of all student’s study STEM at UK Universities are from a BAME background. However, there is deep divide as 79.5% of STEM students are white and only 20.5% are from a BAME background. Additionally, STEM subjects have been found to attract men (82%) more than women (18%) in subjects such as computer science. 18% of BAME students chose computer science compared to 8% of white students and 13% of both white and BAME students chose engineering and technology to study at University. As these popular subjects were studied more by BAME students, why are we still seeing such a lack of racial diversity in tech?

It has been noted that students from a low-income household would study at universities close to their homes. This is so they don’t need to take out a maintenance loan through the government which would increase their debt. They are also able to live at home and still study at university and tend to get part-time jobs to help pay for the minimal expenses needed. Although this may seem like a good idea, negative impacts have been seen from doing this. It is common for students to take a certain degree at university and it not being what they expected to be when they start to study. Additionally, working too much at their part-time job can be detrimental to their studies, as they risk lower achievement grades and aren’t as successful as they can be. These negative impacts could have a knock-on effect as to why there is such a lack of racial diversity in tech.

Once recruited, tech companies often find it hard to retain their staff, especially women and those of colour. Creating mentorships is a practice which can be used to retain staff in any business. As a mentee, it can be very rewarding to learn new skills and to have support in their daily routine. Creating employee resource groups can also help people of colour and women feel like they belong as they can share experiences with each other. This is because black and Latino tech professionals consider leaving a business when they experience a lack of social networks or feel isolated because of their race or gender.