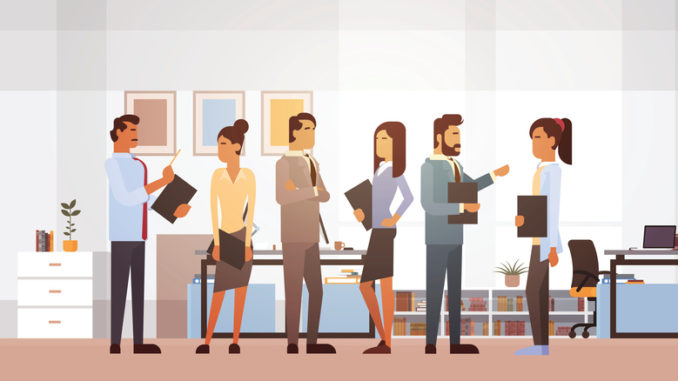 It has been evident for several years that gender diversity in tech is an issue. Although tech companies are showing commitment to increase the number of women in tech, it isn’t something that will change overnight. This is a huge challenge for tech companies but having good intentions isn’t quite enough. The quit rate in the tech industry is more than twice as higher for women (47%) than it is for men (17%). A survey has also shown that 63% of women feel that they aren’t taken seriously, they’re being overlooked in meetings and having their ideas being dismissed by their male colleagues. But before looking at retaining women in the tech, companies need to resolve the issue of gender diversity in tech and understand why women are not entering the industry.

A recent study has found that less women are studying STEM related degrees compared to men. Only 27% of women said they would consider a career in technology compared to 61% of men. This could be down to several reasons that have been highlighted by women who are already in the tech industry. A study has shown the two biggest barriers for women in tech are a lack of mentors (48%) and a lack of female role models (42%). Having little support can have an impact on gender diversity in tech as it can cause uncertainty for those who are interested in entering the industry. The gender pay gap is also having a knock-on effect on increasing gender diversity in tech as 35% of women have noticed an unequal pay between men and women for the same skills.

Why does the gender gap matter?

Technology has become a fundamental part in everything we do, so it is important that women have as much say in its evolution as men do. Half of the users of technology are women, so their input to the development of future technology is vital. Tech companies are missing out by not having many women in their company as females can have a large influence on business strategies.

Diversity matters in the tech industry as businesses with diverse teams will have diverse thought processes. This enables for varied approaches to problem solving and experiences to choose from which can aid a business to perform better than teams made up of similar individuals. A study has shown that tech companies can benefit from hiring women in tech as teams with equal numbers of men and women are more likely to be experimental, creative and share knowledge to fulfil tasks than any other team structures. Gender diversity also benefits employees within the workplace as it has been shown to increase positivity and enable both men and women to progress their careers. There are several benefits to gender diversity in tech and strategies that businesses can implement to help them measure the units.

What can be done to resolve the gap?

Building a support network can help tech companies resolve the imbalance of gender diversity in tech. It is such a large issue, that no company can resolve it on their own. Therefore, if companies join with industry groups such as Tech Talent Charter, or supportive initiatives such as Girls Can Code, they can share ideas and practices that can increase gender diversity in tech. By working together, they can test ways that can bring more diversity into their businesses.

Lastly, the imbalance of gender diversity in tech ultimately stems from girls in education not choosing STEM subjects to study. One way of changing this is through a strong appearance of female role models in tech. According to a PwC study, almost 80% of students cannot name a famous female working in technology, but two thirds can name a male. Female role models don’t necessarily have to be celebrities, but just outline the tech opportunities available to them and how studying technology is beneficial. Female role models could then partner with schools to share their experiences by taking part in career events or teaching STEM classes. Increasing the appearances of female role models can benefit tech companies as it will encourage more females to study STEM subjects which will eventually provide a wider range of talent within the industry.

These are a few points that can aid companies to tackle gender diversity in tech. There are several ways businesses can start to tackle this issue which are cost effective and beneficial to their performance. The imbalance of gender diversity in tech cannot be resolved straight away and will take years of implementing strategies to increase the number of women in tech. However, by starting to change their approaches and working with other initiatives, they can start to make a difference.