How to deal with workplace discrimination

Being discriminated against in the workplace can have a huge impact on someone’s wellbeing, career, personal life and mental state. It can lead to many people quitting their jobs due to feeling lonely, sad and isolated. With more than a third of UK workers saying they’ve experienced discrimination at work, it’s a key issue and something some of us may have to deal with in our career. In this article, we take a look at some of the most common types of workplace discrimination and what to do if you experience them. 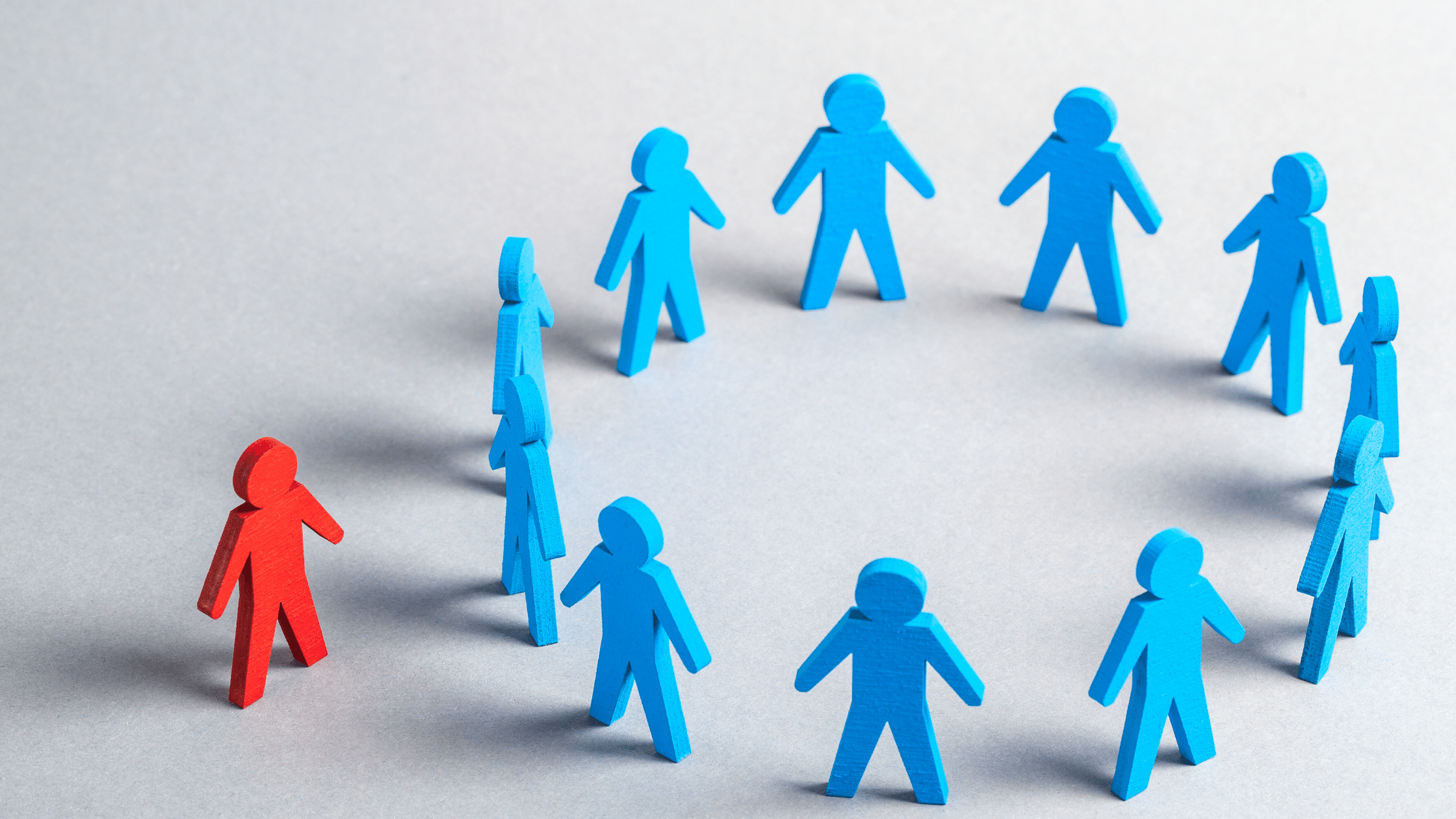 A 2021 survey by Ciphr found that the most common type of workplace discrimination in the UK is age-related. Ageism is defined as when you’re treated unfavourably because of your age. Examples of ageism in the workplace would include not getting a promotion due to being ‘too old’, employers favouring recent graduates for development or progression and harassment from colleagues.

It’s also common for older candidates to feel at a lesser advantage when applying for jobs. In a survey carried out by the Centre for Ageing Better, it was found that 36% of older people feel they’re at a disadvantage applying for jobs because of their age. Employers have been found to make stereotypes about mature applicants such as having ‘too much’ experience or assuming that they won’t stay in the role long due to retirement plans.

If you feel you’ve been discriminated against by your employer (or a potential employer) because of your age, the first thing you should do is follow the grievance process, or make an official complaint to the company. If this isn’t successful, a tribunal is the next step however this can take time & money, so it’s best to speak with ACAS for advice. AgeUK also offers an advice hotline which is completely free to use.

In 1968, the Race Relations Amendment Act was passed in the UK which made it illegal for any employer to discriminate against an employee or potential employee due to their ethnicity. However, racism in the workplace remains a big issue to this day, with 14% of people in the IT & Telecommunications sector reporting having experienced discrimination in the workplace due to their race.

A survey by the Trade Union Congress was commissioned in 2017 to discover the different ways people have experienced racism at work. It found that a third of people reported bullying and/or being asked insensitive questions. The survey also found that alarmingly, 15% of women and 8% of men questioned had left a job because of the discrimination they had experienced.

Racism can also take place in the recruitment process. It was found that people from an ethnic minority would have to send 60% more job applications to get a positive response compared to their white British counterparts. This is because it’s common for racial unconscious biases to take place when screening CVs and job applications, with things like ethnic names or background being ruled out by recruiters.

Racial discrimination in the workplace is illegal and if you’re experiencing it, it’s so important to speak out and seek help. If you’re employed by the company, you should first follow the official grievance process. This usually starts with a complaint to the HR department or your line manager, and goes on to a more official complaint. If this doesn’t result in anything, you can then make a claim to an employment tribunal. You can also contact organisations such as ACAS and Citizen’s Advice for free, unbiased advice on your case.

Ableism is a form of discrimination whereby people assume able-bodied people are superior to disabled people. Most of the time this isn’t intentional but a form of unconscious bias. Because of this unconscious nature, discrimination against disabilities in the workplace is really common. In 2017/18, 9.6% of employment tribunals relating to discrimination in the UK were related to disability.

Disability discrimination at work can take a number of different forms; it could be as obvious as someone being excluded or segregated because of their disability, or something like someone not asking how the disabled employee would best like to manage their condition at work (making adjustments to the way a meeting is run for someone with a hearing impediment, for example).

If your employer isn’t supporting you fully and making adjustments to help ease your working day, you can contact Access To Work. Access To Work is a government scheme which helps both you and your employer come up with an action plan to make changes to ensure you can do your job effectively.

If you are suffering discrimination at work due to a disability, the best thing to do is contact your local Citizen’s Advice.

Sex discrimination in the workplace has been an issue for many years despite being made  illegal more than 40 years ago. Sexism in the workplace can take various forms, whether it’s harassment, unfair disadvantage when applying for a job or missing out on progression opportunities due to your gender. The gender pay gap, which currently stands at 15.4% (April 2021), is also a form of gender discrimination, as employers are still paying women less for the same jobs.

Statistically, women experience sexual harasment at work more than men do, with 4 in 10 women saying they have experienced some form of unwanted sexual behaviour. ACAS defines something as sexual harassment when it has either violated someones dignity or created an intimidating, hostile, degrading, humiliating or offensive environment for them. If you’ve experienced sexual harassment, the best course of action is to make a complaint to your employer. This may lead to a grievance if it can’t be dealt with internally and could eventually lead to a hearing.

The other main type of gender discrimination in the workplace is when employers treat you unfairly because of your gender. This may mean they don’t give you a fair chance at promotions or career opportunities, or it may be in the recruitment process. Again, the best way to deal with this is to first talk to the employer to try and resolve it, but if that doesn’t work, you can go to tribunal.

Discrimination at work is a horrible thing to go through, but there are ways of resolving it and getting justice. It’s important that employers play their part to ensure discrimination isn’t happening in their companies, and to encourage their employees to stay aware and spot the signs to help control the problem.